Mistresses is a British serial drama television programme that follows the lives of four female friends and their involvement in an array of illicit and complex relationships. The programme was written by Rachel Pole, Richard Warlow, Harriet Braun & Catrin Clarke and directed by SJ Clarkson, Philip John & Peter Hoar. Pprogramme's eecutive producers were Matt Arlidge, Douglas Rae & Lucy Bedford. It was filmed in Bristol by Ecosse Films for BBC Drama, Wales.

The first series was broadcast on BBC One from 8 January to 12 February 2008 in a six-episode run. A second series of six episodes aired from 17 February to 24 March 2009. Mistresses returned for a third and final series comprising four episodes on 5 August 2010.

Locations used for filming other than Bristol: The wedding sequences in episode 1 of series 2 were shot in the gardens and cloister of Iford Manor, near Bradford-on-Avon, Wiltshire. Siobhan's flings in series 2 are filmed in a suite at the Bath Spa Hotel.

The following table lists the countries in which Mistresses airs or has been aired internationally.

Lifetime (TV network) produced a Mistresses's pilot episode in 2009 which was never picked up to series. Coincidentally, Alyssa Milano's Charmed costar Holly Marie Combs was to star and produce it. 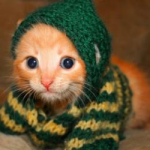